“Music university taught me A LOT! But one thing it didn’t do quite well, was to explain how to start my own job of being a self-employed musician, or one that has their own company. Which is why I invested in a Music Business course. That is where I met Paul – a musicpreneur like me, who plays a TON of guitar and has WAY more experience than me. He has provided me (and all the rest of our course-mates) with a lot of useful scammer alerts, in-depth information on gear and just shared interesting experiences he has gone through. He is someone you can learn a lot from, so I will let you read further some of his views and thoughts.” – Neli

I will take you way back – how did your musical journey start?

I came from a family that loved music. My father had a wonderful voice and loved music to death.  All kinds of music – operatic music, movie musical music, Folk, Jazz, Swing, and so on. We had this music playing all the time.

When I was a teen Folk music was the big thing. That was during the American Folk music revival when Peter Seeger, The Weavers and people like that were making waves. My first banjo was actually a tenor banjo that somebody gave my sister. The tenor banjo isn’t actually a Folk instrument, so I learned on her guitar. I wrote mostly Pop and Folk type songs.

When I went to college, I was exposed to different kinds of Rock-and-Roll.  Some of it I loved, some not. I had a lot of friends who had rock bands so I joined some rock bands as well and played electric guitar, bass and saxophone. That is why I have wide interests and can play along with Blues, Swing, Tin Pan Alley, Jazz, Folk or Rock fairly credibly for a fellow who isn’t an expert in most of those.

Did you ever consider making music your career?

When I was about 18, I decided I wanted to be a Rock-and-Roll star. I went through many bands because in a community like Dayton, Ohio there were only so many places to play.  You would join a band and play in maybe eight of those places and then the band would break up. So, I went through a bunch of bands and I then went back to college. I got a degree and worked as a professional technical writer for almost 40 years.  So, music was never my full-time career, but it was always my avocation.

During those years I played in a lot of coffee houses, festivals, and church concerts. I also collect and restore archaic bizarre instruments and have a huge collection of those. 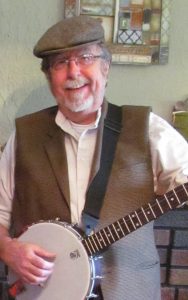 How is the Folk genre doing nowadays?

Folk music as a popular music genre emerged in the late 50s as an alternative to the Bobby Vinton sort of sappy Pop. I am a baby boomer.  For a lot of my generation, Folk became the genre of choice by the early 1960s.  Unlike Pop at the time, it was visceral.

One of the most prominent Folk singers who helped start the Folk Revival was Pete Seeger – a banjo player. I learned to play the banjo because he was kind of my idol. But in the mid-sixties, bluegrass banjo became more popular than Folk banjo. Movies like Bonnie and Clyde, and TV series like The Beverly Hillbillies and HeeHaw had a bluegrass soundtrack. The movie “Deliverance” had a bluegrass banjo player playing “Dueling Banjos.” Such representations convinced people who really knew nothing at all about the instrument that all banjo players are illiterate hicks. As a result of the unfair stereotype, I had to stop bringing my banjo to my concerts.

The whole Folk genre kind of went that way too. First it turned into Folk-Rock.  Then the bands got into harder and harder Rock.  Even the Beatles evolved.  Rock took the place of Folk music in popular culture. If you called yourself a Folk singer you would automatically be labeled as ‘out of it’. So people stopped saying that and in the 80s, 90s and early 2000s people started using the term ‘Americana’, which actually means a different thing in the rest of the world than in America. To the rest of the world ‘Americana’ has a broader context and often includes Country, whereas in the USA they mostly use ‘Americana’ when they are afraid to use the word ‘Folk’.

The crazy part is that when I started taking my banjo out again, about ten years ago, I realized that the millennials and younger kids had never heard anyone treat the banjo like a real musical instrument. And they found it cool! Except for groups like Mumford & Sons this generation has almost no exposure to the banjo and so it is actually a lot of fun to get it out because folks from the age, say, of thirty on down get very excited over it.

Similarly, there was a lot of derogatory association with the term ‘Folk’ for about 30 years, but the current generation didn’t grow up with that. It is fun that Folk is kind of back.

How do you approach music theory – to what extent do you believe a guitarist playing genres like Folk, Rock or Pop music should study music theory principles?

Music theory has been invaluable to me. When you play 8 hour gigs night after night and have that much exposure you learn by osmosis and there are a lot of people who have done that. But the most critical thing for a guitar player is something called ‘a circle of 5ths’ – that the relationship between the D chord and the G chord is the same as the relationship between the G chord and the C chord and so on. And the interaction between the chords is the same even if you go to a different key. That is something people need to internalize. There are certain basic things you need to know, and understanding chord relationships is just critical if you are going to play any chord instrument.

Do you view music theory as something to follow, or something that provides an explanation to why something works in music?

A lot of people know this stuff intrinsically because they have been playing 8 hours a day for 20 years. But I didn’t play 8 hours a day for 20 and I can keep up just as well as them, and better than some. Anybody who wants a head start in learning an instrument should consider studying music theory. If you don’t want to learn your craft the way most serious students do, it is just going to take you longer. 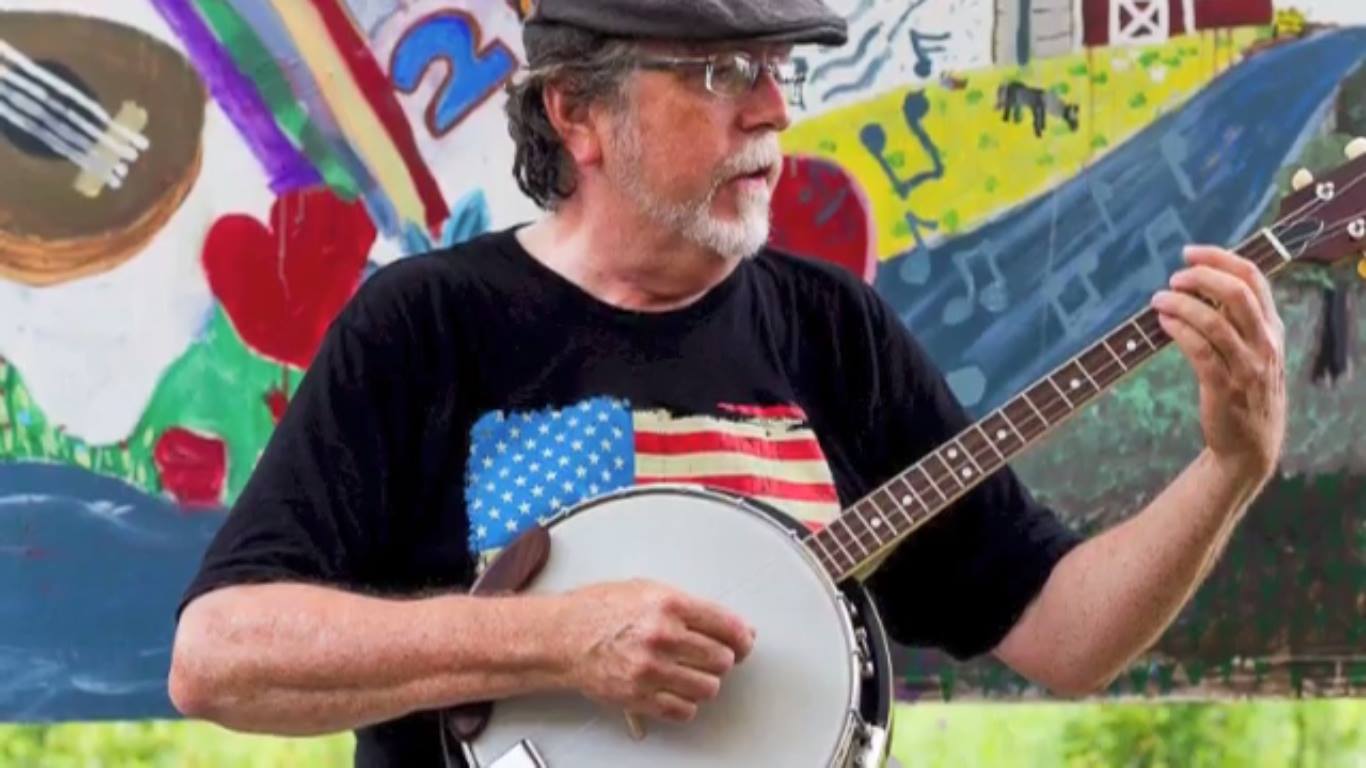 What is something you learned through playing at different venues (coffeehouses, festivals, churches, schools, nightclubs, camps, street fairs), would you say you have a preferred one?

Festivals are my most favorite. The reason I like festivals is that people are there just to hear music and you get more honest followers that way. People who are there already and wander into your concerts without a lot of promotion or “Social media.”  If they like what you do, they stick around.

Also, festivals tend to be less formal, which gives me a chance to adjust what I’m doing based on the kinds of things that particular crowd is reacting to.  I have written probably 300 songs of which maybe 60 are good and I have a repertoire of other people’s songs, so I have no trouble adjusting my repertoire for the situation.

And how does your writing process go?

This is a hard question because I know a lot of songwriters who are very diligent about the craft and are way more prolific than me. I tend to come up with a tune and an idea at the same time, or maybe a tune and a hook. Then I write around that. For me it is hard to write from prompts.

This is not advice for people – this is the way I do it and it is not the best way for most folks. I have to have a really strong feeling about something generally before writing. And once I do, usually it all comes together very fast. There are some songs for which I have written two verses and a chorus and then 20 years later I will think of a third verse, that happens too. But generally, for most songs I tend to write them within 3-4 days.

In movies, they act is like songs come to you like divine inspiration.   That is not true for most people but is almost works for me that way. 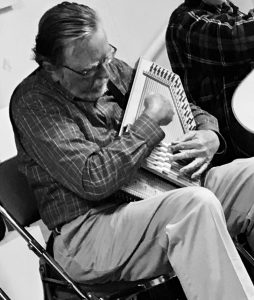 On your Facebook page we can read tons of useful information on gear. How do you choose what gear to invest in?

I am a fan of underrated instruments. Autoharps for example have gone in and out of fashion many times.  When I picked one 15 years ago and was researching it I found out that almost everything that was written about it on the internet was wrong, or at least very one-sided. So, I decided to write about it – I just wanted people to understand the instrument. Same thing goes for all the instruments I dabble with.

I also learn a lot from repairing or restoring instruments.  When I was in high school and college, my friends and I had instruments that were constantly breaking.  I had a hobby of fixing my friends’ instruments. That is how I fell in love with the idea of taking something that was an instrument at some point and is not playable right now and giving it a new life.

Another thing is that picking up different instruments frequently inspires me to write new songs or other types of music.

You have created several websites – SchoolOfTheRock.com, CreekDontRise.com and RiverboatMusic.com. What is going on in there?

It goes like this – I pick up an instrument that’s new to me.  I dabble with it, I look it up, and I see what it says about it online.  If the online content seems to be one-sided or – in some cases – all wrong, I write an article myself. I have several different websites because I am interested in different topics and if I put them all in one page you wouldn’t be able to navigate it.

One of my jobs was a history book editor so I used to fact check the fact checkers. I wrote for a living for 45 years so it is not hard for me to address a topic and write a fact-based article about something that no one has taken seriously before.