“Who is the person that makes every live gig truly come to life? The sound engineer! (Тон режисьор) Nix made gigs I played at sound amazing as well as gigs of friends or also the band I briefly managed. They have an amazing ear to make everything sit right and are also a guitarist! So read on further to discover how the mind of someone who knows what they want to hear works! ❤️”– Neli

How would you describe your journey as a musician so far – where it started and how you got to where you are now?

Around ten or eleven I started really discovering music and finding stuff I really liked. Initially, there was a lot of pop-punk of that era, I was a big fan of Sum41. Shortly after, the Red Hot Chili Peppers released the By The Way album. That really changed my musical perspective and I became obsessed with them, leading me to discover all of the weird and amazing music that inspired the band, and also pushed me to pick up the guitar. I remember making a pact with myself back then. If I was going to go for the guitar, for music, I’d put all of myself into it. And I did. I got lessons with a great local teacher who grew up in the hippy era and was now into jazz and bossa nova. Needless to say, he really fed my hunger for new music and learning more and more on the guitar.

Eventually, when I was eighteen I moved to London to study contemporary music. While studying I met all kinds of weird, wonderful and unique musicians, and discovered all kinds of equally wonderful and unique music. I found my tribe. Coming to London I didn’t have a clear idea of what I wanted to do exactly, I just wanted to play and make a living from it. Over the years I’ve been involved in all kinds of music making, sessions, teaching, functions, gigs, production, live sound, transcribing. I really wanted to have a taste of all the options that piqued my interest, and looking back I’m glad I did because I picked up a lot of useful skills along the way! After my studies I mostly focussed on cover gigs and teaching for my income, and did original music in my spare time.

Unfortunately, the pandemic combined with some personal challenges meant my teaching work pretty much dried up. This gave me an opportunity to reflect and ask myself “what is something I’d be happy to do for the rest of my life?”, and the answer was music production. So at the moment I’m in the process of building up my production portfolio, creating tracks for artists, music libraries as well as my own original projects. Even though losing a lot of work has been quite stressful, I am also grateful I had the opportunity to reflect on the direction of my career and redirect it towards a path that’ll fulfill me more in the long term! 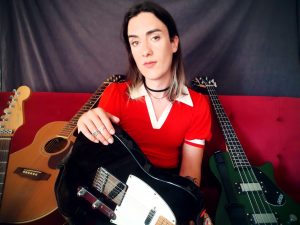 What is a piece of advice you wish you had gotten at the beginning of your career?

You recently released the EP “Motina” of reimagined Lithuanian folk music from your project Yorige. How did it come together?

Originally we planned to do it for singer Jorige’s university project, and it was only going to be two or three songs. Then she was contacted by Lithuanian TV and invited to do an interview together with her mother Žemyna Trinkūnaitė, who is an amazing folk musician. That led us to decide to expand the number of songs as well as deciding to do the EP for a proper release as opposed to just a university project. Shortly after starting on the production, the war in Ukraine started which added a further push for us to really try and make something special out of these songs. The history and culture both in Lithuania as well as Ukraine is deeply interconnected with music and song, as well as the meddling of the former USSR and now Russia, so it felt very fitting to be creating these reimagined versions of songs and hopefully contribute to creating a sense of hope and togetherness amid the chaos. I’m very proud of how it came out in the end, and I hope we respectfully handled the source material while simultaneously showing it in a new light.

Can you tell us how your writing process goes?

Since I started making library music, I’ve been forced to experiment and try a few different approaches to streamline things and be able to deliver a brief within a day. If I’m working to a brief I will usually start with either a rough bass idea, a riff or a hook and build up a basic rhythm track around that. Once I have that I can create a sketch of the structure, add transitions between sections and the “bells and whistles” elements that will fill out the track and give it character.

I’ve cultivated a low-judgement approach, especially for these kinds of settings, where I don’t get stuck on a single thing for more than a few minutes. It’s about maintaining the momentum of creativity, which is easily destroyed by spending an hour on the snare sound when you don’t even have a chorus yet. I think of it as starting with a really wide perspective, and on each stage I zoom in a little bit more until I reach the minute details of the track. Once those details are in I can zoom out again to do the mix. I also try to get a basic mix going as I write, just basic volume/panning and adding creative effects that shape the sound rather than mix it. This way mixing is easier down the line, and it’s easier to get a feel of where it’s going while I’m writing.

When I write my own original music the process is much more spiritual and cerebral, not so focused on finishing stuff as soon as possible, and more on experimenting and finding new ideas and sounds I haven’t used before. 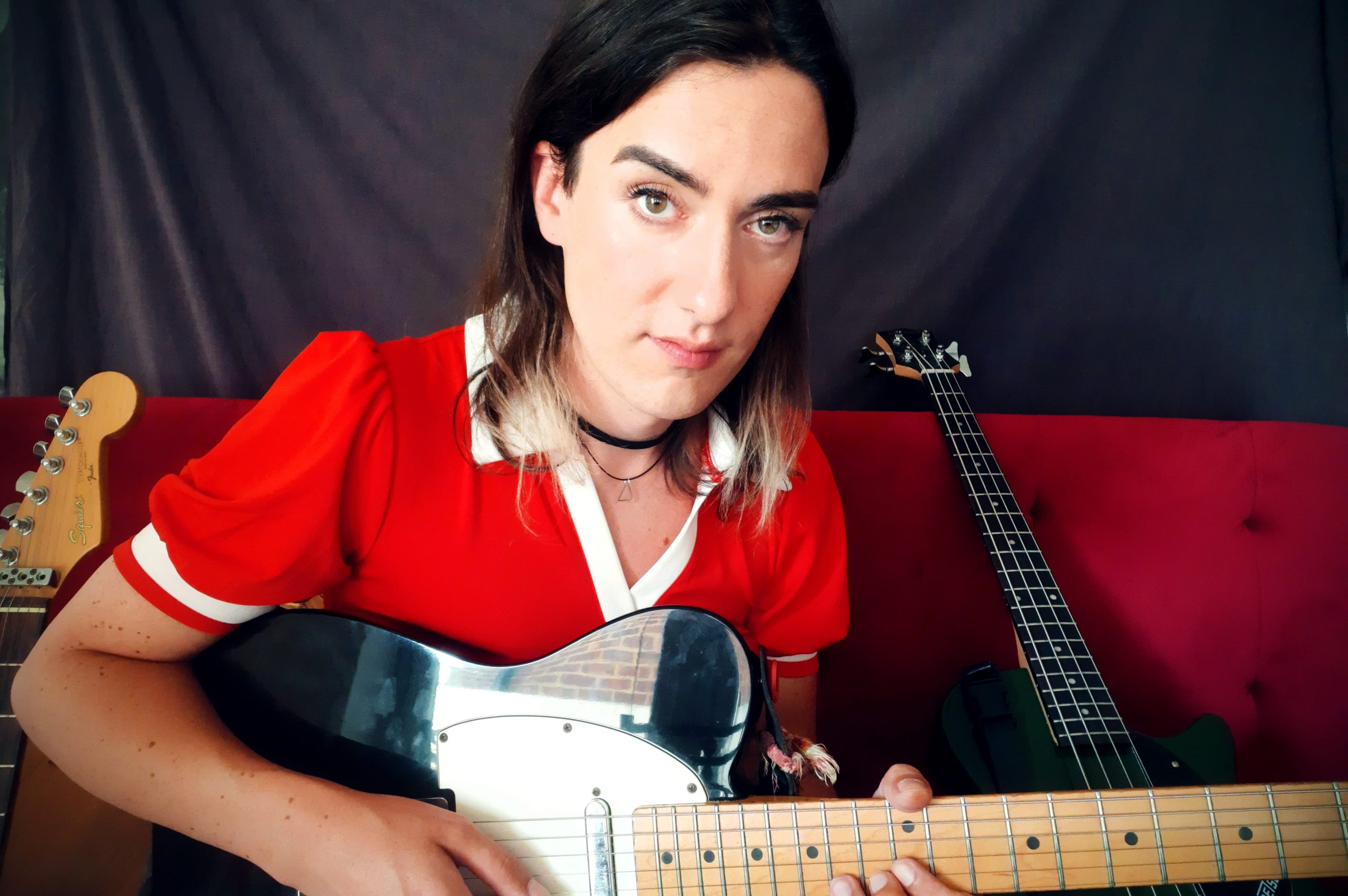 How did you create your home studio – what equipment do you invest in and how do you choose it?

My home studio is very DIY. I don’t have the luxury of having a fully kitted-out studio room somewhere, however, I do have a spare room in my home that doubles as storage for the guy who owns the place. So I fished out the cool music goodies from the storage pile, the owner used to be a musician so there’s a lot of weird 80’s music gadgets. The rest of the remaining stuff works pretty well as a sound dampener funnily enough, so it kind of worked out!

When it comes to equipment I’ve always been of the “work with what you got” philosophy, and I still very much am, however, if you want your mixes to sound professional there are a few things you can’t really get around. For that reason I invested in some decent studio monitors, upgraded my computer, and got a decent soundcard and a few good preamps. I love weird or unconventional music gear and I really enjoy building my own guitar pedals and synths in my free time so my studio looks a little bit like a mad scientist’s cave at times.

When it comes to investWhen it comes to investing in equipment I approach it depending on its purpose. If it’s the main heart of the studio like monitors, preamps, plugins etc. I’m looking for reliability and quality. However, when it comes to anything that will be plugged into that main heart, anything goes really. I want the recording part of the studio to be as studio-quality as possible, while the noise-making part should be defined by fun, character and experimentation.

What do you like to experiment with in music?

Currently, I’m really into modular synthesis and exploring that world both standalone as well as with the guitar. It’s such a free, fun and experimental kind of music making that can equally overwhelm and surprise you, I don’t think I’ll get tired of it soon! Guitar wise I’m really working on consistently achieving that zen-state while playing and improvising. I spent a lot of my early guitar years obsessed with theory and trying to learn everything. As I progressed I realized I now knew a lot of… stuff, but had no idea how to implement it! So the past years have seen me slowly actually incorporating all of these things as well as letting go of a rigid approach to playing and really focussing on connecting my ear, brain and hands.

Probably what I’m working towards now, production, but in a proper studio where I could work with bands and live performing more easily. Besides that, I would love to create an instrumental band playing my own guitar-based music at some point.

What are you working on currently?

At the moment I am working on some original tracks with singer Aaron Fross that will come out later this year, putting together new music for the revival of my old band Los and the Deadlines that I’m very excited for, and I am doing an album of looping-based atmospheric guitar tracks for libraries.