“Do you tend to discover awesome musicians through social media? I do! And Jan is one of those musicians. He’s about to release an exciting (for me) solo album with Marco Minnemann on drums and the snippets I have seen are… just really cool! I’m honestly looking forward to hearing the whole album in a couple of weeks. So I thought this is the best time to ask Jan a few questions 🙂 Read on below for a very sincere behind-the-scenes view of what it’s like to be a guitarist.” – Neli

I will take you way back – how did your musical journey start?

First of all, I’d like to say thank you for having me! Even though I didn’t get serious about music until later on, I think the interest started as a kid. My dad has always been the “life of the party” type of personality. When we had a gathering of friends, he would play a couple of chords on guitar, and my mom would play a few notes on an instrument called the cuatro. Seeing how that united everyone kind of stuck with me and left me saying: “that’s pretty cool, I’d like to continue this dynamic”. Those first experiences left an impression. My parents also used to play me classical compositions by Beethoven, Bach, Brahms and Mozart. I still remember “conducting” the orchestra in the middle of the living room as a little kid.

You have studied music at different institutions in different countries – Puerto Rico and the US. How did that affect your playing, does the approach to music learning differ based on the country?

Wow, there are many components to that question. I think being born in Puerto Rico, there are many cultural influences that begin well before you even start studying. You are introduced to Latin and Afro-Latin rhythms just by being there, before going to any institution.

As far as the university there, I did classical studies. At the time, it was the only degree in guitar available. These studies were completely different than contemporary music, but gave me the opportunity to be part of a classical choir, study a bit of conducting, and orchestration. You get exposed to the classical music’s sense of harmony, rubato time and other elements that are still very present in my music. I was also lucky to have a teacher who would occasionally expose us to bossa, and jazz players.

Moving to California, absolutely everything was different! Even the names of the notes! It was no longer Do, Re, Mi, but C, D, E. It was a big adjustment for me in that sense. Here, I was exposed more to jazz harmony, jazz fusion, and started working more on advanced rhythmic ideas.

You authored and published the renowned book “Advanced Rhythmic Concepts for Guitar: An in-depth study on Metric Modulation, Polyrhythms and Polymeters”, which is nowadays used as a resource in music bachelor programs. How would you describe this complex matter to a player who is just now delving into it? What pulled you towards this topic? 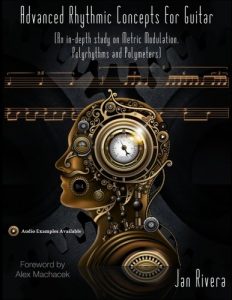 These are all just tools that expand our ability to express ourselves through our music. Just like when we learn many other aspects of music, these concepts can take us places we never thought were possible before. They can help accentuate the whole range of emotions when combined with the harmonic aspect of things.

It is such an understudied and overlooked part of music… There’s such an interest in harmony, modal playing, quartal voicings, etc. In terms of rhythm though, it feels like most music falls in what is the rhythmic equivalent of exclusively composing with the major scale. This statement comes out of genuine sadness over a lost opportunity. The many creations that have, and continue to be lost due to the underappreciation of these invaluable assets is an image that frequently inhabits my thoughts.

Having noticed that a big reason for these not to be studied was a fear of the complex, the need to facilitate these concepts became apparent. This is why I decided to author the text. After 6 years of work, there was finally something concrete that could be shared with those that held the same interest in the topic. If you truly love something, you’d like for it to continue, so you do anything you can to pass it on, keep it alive.

Besides this book, what titles does your publishing house Violet Anamnesis Publications produce, how do you pick them?

Even though there is a beginner learning series, at present time the books being produced are mostly advanced instructional books. Some examples are: The Art of Weaving Scales by solo artist Juan Antonio, which is written for guitarists. Advanced Drumming Coordination by Ray Rojo who has toured with Felix Martin and Nili Brosh, as well as the Analytical Approach series by Lang Zhao of the Resonance Project. They are really incredible books and I invite you to check them out!

The books are picked based on a combination of uniqueness, innovation in the way they are explained, and whether or not they are topics that are discussed frequently. 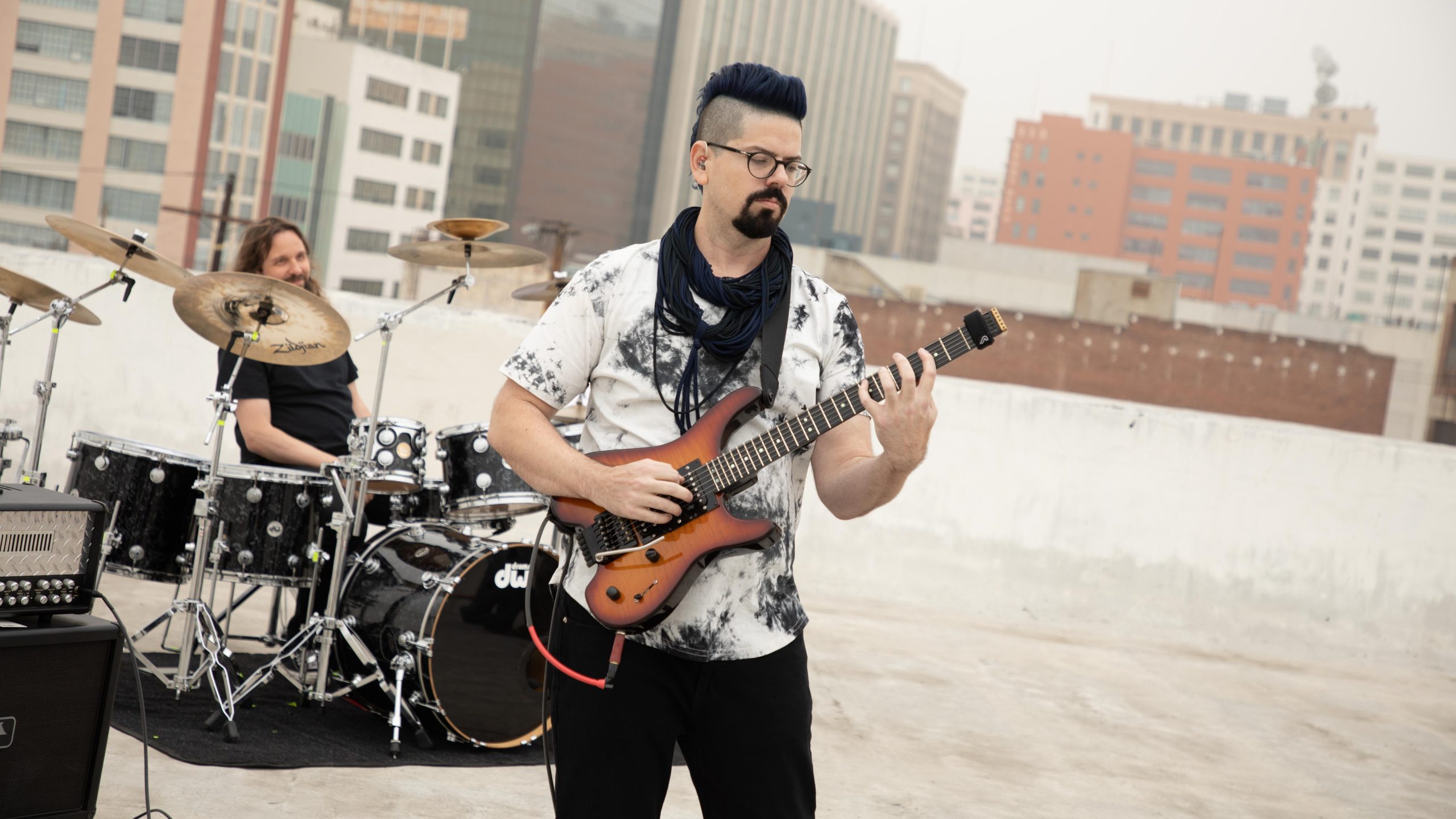 You have worked with various famed virtuoso musicians such as Marco Minnemann, Jordan Rudess, Mohini Dey and others. What is something you have learnt through the process of working with such accomplished names?

Humility. Working with these legendary musicians, their level of generosity is not lost on me. I think that a lot of people would be surprised of how gracious they truly are. It was also refreshing to see how at the end of the day, the primary focus was always the music. An environment where there is shared love for the music is all I’ve ever desired from my efforts. Musicians, serving the music. This is, and will always be my preferred working environment. I think this solidified in classical school. When you are in a choir, your individual part is an important component. However, when you hear the unified textures of the chords, you immediately understand that it’s not about you. It’s about something bigger. This is why the conductor will commonly signal sections to adjust in order to create an effect as a whole.

We have come to one of our favorite questions: how does your writing process usually go?

In terms of recording the ideas, I always notate everything in Sibelius first, and go from there. I’ll usually write guitar, bass, keys parts along with a rhythmic lead sheet for the drums. This is then imported into Logic to give the players an idea. Then I start the recording process.

What is something you would like to experiment with in music?

I would definitely like to do an album with an orchestra. It has always been a dream of mine. Utilizing more obscure instruments is something else that really captures my interest.

What are you working on at the moment?

The release of my album Existential Paranoia on October 14th. Very excited about the release since it is my first solo album. Nothing beats releasing your own music as you envisioned it, with the right people playing each song.