“Meet my 1st singer in London – Nicole van Niekerk! She is a highly intellectual and multitalented human originally from South Africa. She recently released her awesome debut book “Mother of the Fire” (which I’m currently reading) and I wanted her to tell you about it and delve further into how she expresses herself.” – Neli

Nicole van Niekerk is a multitalented creator and author from South Africa. Her artistic pursuits have ranged from the world of theatre – which took her to England to study – through music, and to creative writing. ‘Mother of the Fire’ is Nicole’s debut novel which showcases her fascination with history through an exploration of familial expectations, gender roles, cultural identity and the importance of artistic expression. Nicole now lives with her husband in the South of France.

You are a multitalented artist – musician, actress and a writer. How do you combine all these artforms?

Ah, thank you. That’s kind. Well, I try to mix them all organically as I feel they are all forms of expressions coming from the throat or the mouth. In “Mother of the Fire”, you will see that music, writing and theatre plays a very big role in the story and in the life of the strong female character, Louisa. I think it is very important to express ourselves and we often have to overcome great adversity with it. I also try to show some of this in “Mother of the Fire”. 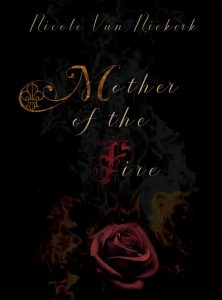 Your debut novel  “Mother of the Fire” is now published and available worldwide as an e-book. How did you decide the story of a fictional illegitimate daughter of  Charles II is the plot you want to explore in your first book?Honestly, I didn’t really “decide” it. I love history and specifically the restoration period so I just started writing one day. But I like writing about important events in an unexpected way so choosing something like the fire of London, meant I could play around with the events in a way that no one would expect. (Well, perhaps some would) Charles the II had twenty-eight illegitimate children so it wasn’t that far of a stretch to create Louisa.

Did you have the whole plot set before starting to write the book?

Absolutely not. This is going to sound strange but sometimes I just have an idea for a character, an event or just an image in my head. I start writing and it feels like the characters and the story starts to write itself. Sometimes it’s very difficult and I wonder why I’m doing this but then suddenly, I’ll have an idea and off we go again. Sometimes while I write a chapter or re-read a chapter, I’ll get a new idea based on something that happened in that chapter, or a previous chapter. The hardest thing about writing is to stop yourself judging what you’re writing as you write it.

What were the inspirations behind the characters you created – besides the ones who are real historical figures. Are they also based on real people?

Yes, Will Cartwright’s character is a character I combined from real actors during the time period. Alphonse and Louisa are also characters I made up. A few people have commented that some of Louisa’s characteristics are somewhat like mine, and I realised that Alphonse was a lot like my husband, bearing in mind I wrote this before I met my husband, so it is purely coincidental. Or perhaps fate, depending on how you look at it. He looks a lot like him too. I really don’t know how this happened. Haha 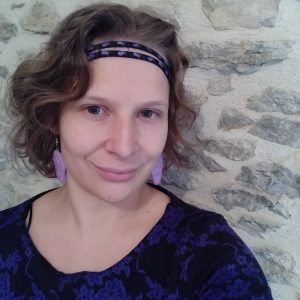 How did you achieve the impressive level of authenticity in the book – the characters and plot seem so real, that it is hard to tell which parts are fiction?

Thank you! That is immensely complimentary as I do like to write in such a way that people cannot be truly sure if it’s real or not. Some of the events and characters are of course real but as I wasn’t there in 1666, it’s educated guessing as well as complete fiction at times. I’m not sure how I achieved it but I can tell you that an impressive amount of research went into it. To the point where I thought if the police are tracking my internet searches, they may think I am an arsonist. Examples include: “How long does it take someone to die from asphyxiation?”, “Does thick wood char or burn completely?”, “How long does it take for a wooden house to burn down completely?” and more.

What reader would enjoy your book most – does one have to be familiar with the era in which the events are set, in order to comprehend the story?

I think the ideal reader would be someone who enjoys history but not only because the story stands alone. Of course the historical part is huge but you could enjoy it for the character arcs, the wit and the emotional ups and downs.

So rather someone who enjoys something a little out of the ordinary. I chose to self-publish because most agents and publishing houses told me that they could not take on my book because it wasn’t mainstream enough. And one told me that it was downright strange. Haha, thank you. I shall take it as a compliment. I am nothing if not daring. A few people who have read it thus far have told me how surprised they were that the book was so accessible to them and that they actually started to like historical fiction! So that to me is extremely inspiring.

What advice would you give to an aspiring author who wants to dive in the historical fiction genre?

Wow, I’m not sure if I’m experienced enough to be giving advice on how to dive in but I would say write, write, write. Don’t judge your writing as you do it. Don’t let people’s negative opinions make you doubt yourself, they are, after all, subjective. There is a market out there for everything so don’t try to write to fit a specific genre. Write for yourself and you will attract your audience. Lastly, get a great editor that you trust completely. I recommend Emily Snee. https://www.emilysnee.co.uk/ 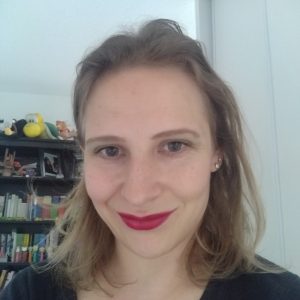 Writing music and fiction are two completely different things, but are there some similarities in some way?

They are different but they are both stories. Music is just a shorter story than a novel is. Both have difficulties and simplicities. I don’t prefer one above the other, either. They are both forms of expressions and both are very personal. They show something of our souls and that is what makes art such a vulnerable profession. Support your artists, we truly need it. Tell us how good you think we are, we haven’t heard it enough.

Who are your biggest inspirations when it comes to writing?

I knew this big question was coming! I’ve always truly loved Anne Rice. She writes fantasy but she writes so authentically that you’re like, “of course vampires and witches exist!” For historical fiction, I admire Kate Mosse, Phillipa Gregory and Charlotte Betts. All strong female writers and very inspiring. The first writer I ever loved was a South-African writer who writes in Afrikaans, my native language. Her name is Fransi Phillips. Her daughter is one of my best friends and we grew up together in Pretoria. I still love her work and read it often. She read one of my stories when I was a child and though I was only thirteen, she told me that there’s no doubt that I’m going places. She also told me that I’m completely crazy but that’s not what we’re talking about here.

Do you plan on writing more – a sequel to “Mother of the Fire” or maybe a completely different story?

Yes, of course. I’m always writing something, whether it is published is another story. I am currently writing a different book about my family’s experience living under the British Immigration system. We had a very difficult and traumatic time and it partly inspired me to write about all the identity issues in “Mother of the Fire”. I’m not sure when it will be finished though. I may write a prequel to “Mother of the Fire” at some point, or perhaps about another character from the story but I’m not a fan of sequels so that is probably not going to happen. I like stories that can stand by themselves and that don’t rely on you having read something else.

Get Nicole’s debut novel “Mother of the Fire” here: https://www.kobo.com/fr/en/ebook/mother-of-the-fire